This Tiger was originally numbered 213. Its right-hand smoke launchers became lost, possibly in the Ksar Mezouar battle. Three photos show it being towed back toward Sidi N'sir, passing a landmark ridge in the Hunt's Gap valley. In modern times the road has been straightened, as this Google Earth image shows. At that time the Tiger was numbered 813 and it must have been given a third number afterwards, but we don't know that number. 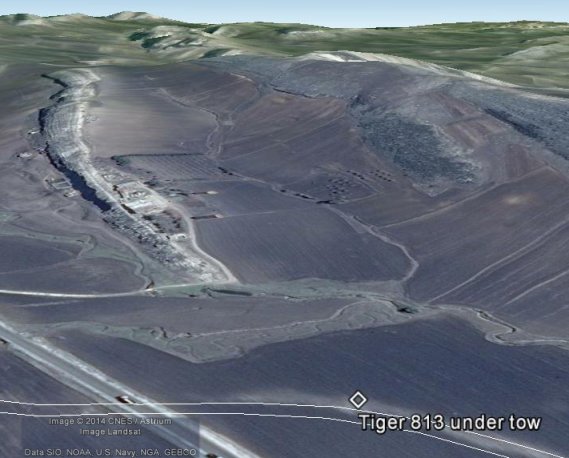