S-mine launchers were added to the Tiger shortly after its introduction. From December 1942, before the launcher devices became available, the brackets and the electrical trigger circuit began to be installed on newly built Tigers. The launcher tubes became available in January 1943.

The Bovington Tiger (chassis # 250122) was shipped from the factory with the welded brackets and wiring, but apparently it had no launchers. This is confusing because some Tigers had already been issued to their units, with launchers, by this time.

Brackets on the roof 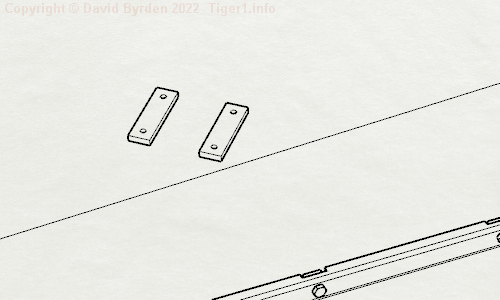 Brackets for attaching the launchers were welded to the hull roof. This sketch shows a set of brackets near the front of the hull. They are simply two strips of metal, each with threaded holes, welded to the roof. They are near to the edge; you can see the side skirts below. 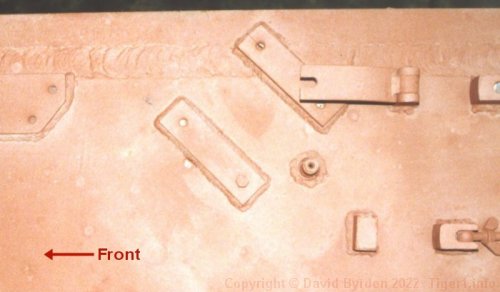 Here is one set of brackets on Bovington Museum's Tiger "131" during restoration. This bracket is adjacent to the radio operator's hatch, lying between the tow cable holders and the headlight base. It is angled at 45 degrees to the direction of travel.

The short protruding tube near to the bracket is the sleeve through which the trigger wire emerged from the hull. This sleeve was required to be waterproof because the Tiger was submersible. 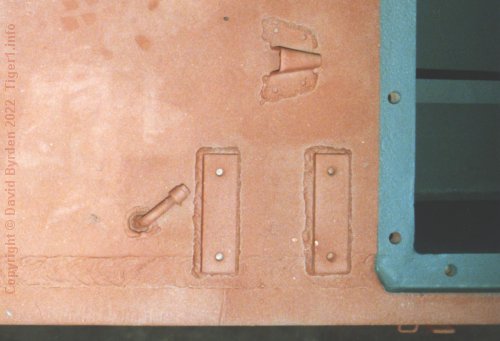 A standard Tiger of this period had five sets of launcher brackets; two near the front corners of the roof, as shown already; two at the rear corners of the roof; and this one on the left side, half way along the roof. There was no corresponding launcher on the right side because the antenna was there and would not benefit from an adjacent exploding mine.

Command Tigers (Befehlstiger) had an extra antenna in this area, and so they did not have this fifth bracket.

Brackets at the rear

The rear of the Tiger's hull roof did not have much space where launchers could be placed. Hinged gratings filled almost the entire surface at both corners. It would have been possible to mount the launchers on the gratings, but then there would have been some difficulty in removing the decking without breaking the launcher's trigger wire. 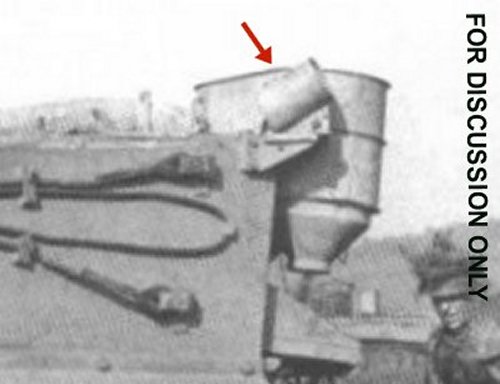 Instead, the designers opted to create new surface by adding two arms to each rear corner of the hull. As this photo shows, the launcher sat on top of the arms. 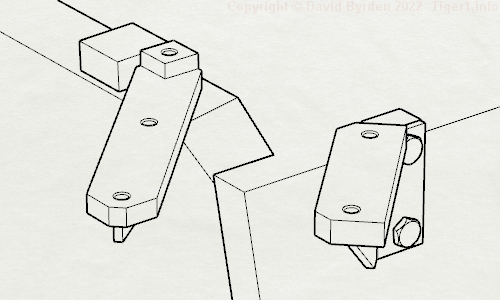 One arm of each pair was attached to the rear wall, and the other to the side wall, so that the launcher protruded beyond the side of the tank. This was necessary because very little space was left by the adjacent Feifel air filters. On top of the arms were welded brackets similar to those on the forward hull roof. 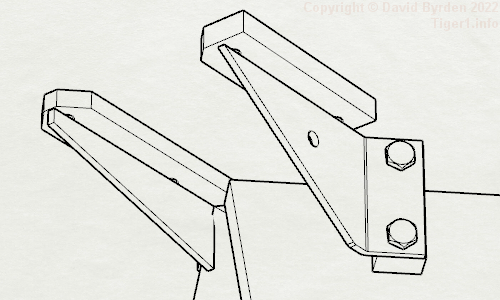 It was already a feature of the Tiger that you could remove everything that protruded beyond the side walls, to bring the vehicle within the width limit of European rail transport. Therefore the side arm was made removable, while the rear arm was welded on. 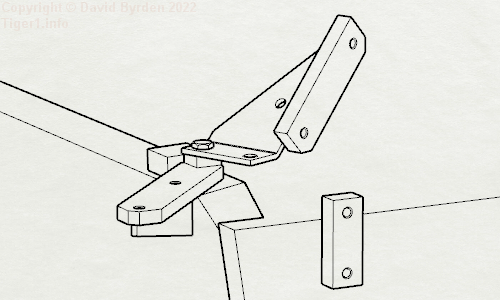 A square nut was welded to the forward end of the fixed arm. The removable arm could be stored by bolting it to this nut. 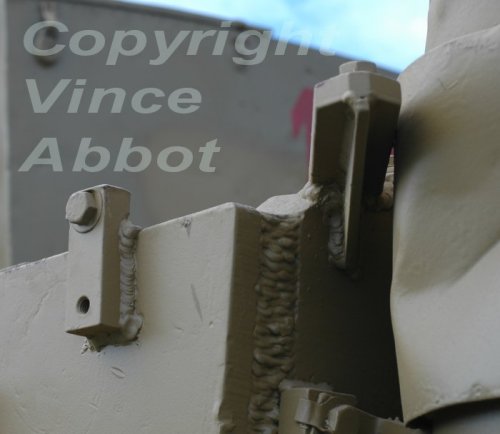 This photo shows the left rear corner of Tiger "131" at Bovington Museum. The removable arm is missing. You can see that the Feifel air filter is adjacent to the rear arm.

Photographs show that some Tiger crews made creative use of these S-mine arms. Instead of dismantling the system and storing it as intended, they would fix the entire launcher and removable arm to the fixed arm, in several configurations.