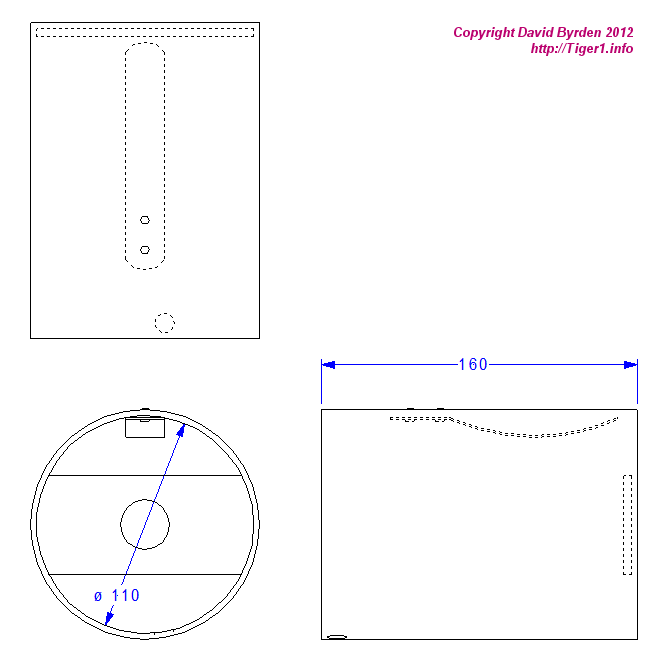 The launcher (Minenabwurfvorrichtung) for S-mines on the Tiger was an open metal tube. A strip was welded across the back of the tube, and this held the mine's cup in place when the mine fired itself out of the cup. There was a finger hole in the strip so that the empty cup could be easily pushed out of the tube. This hole at the back of the launcher had nothing to do with the mine's electrical wiring.

A spring plate was fixed inside the top of the launcher to hold the S-mine in place by friction. Near the front of the launcher there was a small hole; I believe that the electrical trigger wires were to be threaded through it. 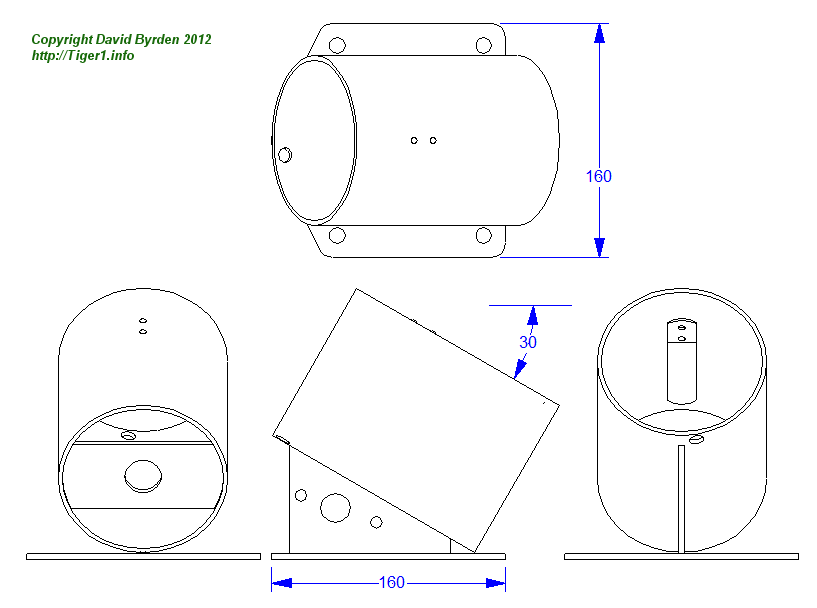 The launcher tube was welded to a metal base plate, supported by a fin that angled it upwards by 30 degrees. The base had 4 bolt holes for attaching it to the tank. All of the launchers were identical, with 5-sided base plates; there were no rectangular base plates.

A small 5mm thick insulating panel was fixed to the support fin, with nuts, bolts and thumbscrews providing electrical connection points. These were for the trigger signal and electrical ground. 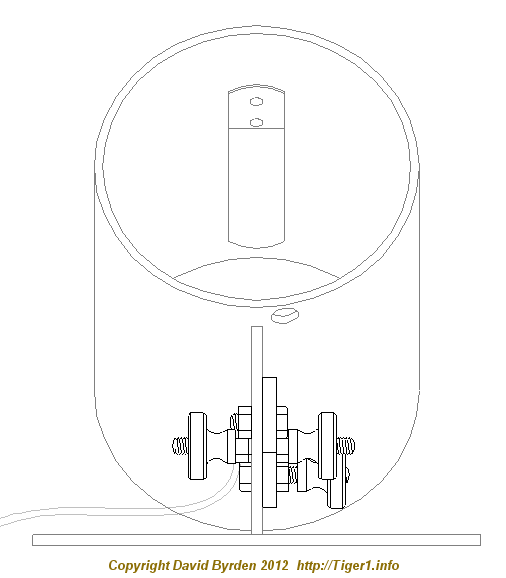 This diagram shows the connectors assembled. The trigger wire is stripped at its end and connected to the central long bolt. The other thumbscrew on this bolt makes the trigger signal available for connection to the S-mine. This bolt passes through the launcher fin but does not touch the launcher, only the insulating board. Behind it, the short bolt provides an electrical connection to the launcher itself, which is used as earth potential; therefore the launcher requires a good clean metal-to-metal contact with the Tiger itself. 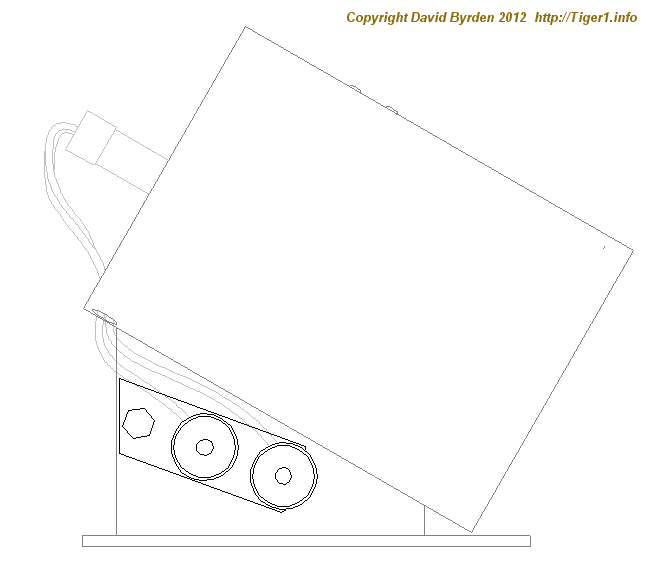 When a mine was loaded into the tube, it was then wired according to this diagram. The trigger signal and the ground were both connected to the electrical fuse.

These launchers were bolted to custom brackets on the Tiger.