What is the meaning of the numbers that we see on Tiger turrets? 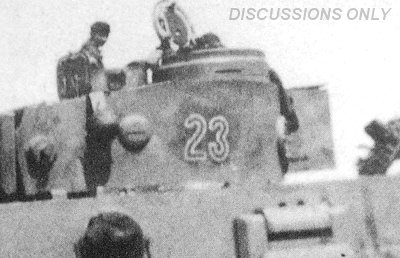 It's often assumed that these are unique identity codes. This is not true. Consider these two facts:

1. A Tiger could get renumbered several times.

2. Multiple Tigers bearing the same number could exist at the same time.

What do these numbers mean? They indicate the Tiger's temporary place in its unit's organisation. So let's look at how Tiger units were arranged.

The original plan for Tigers was not to issue them to existing units, but to create new "heavy tank battalions". In August 1942, this structure was defined for them : 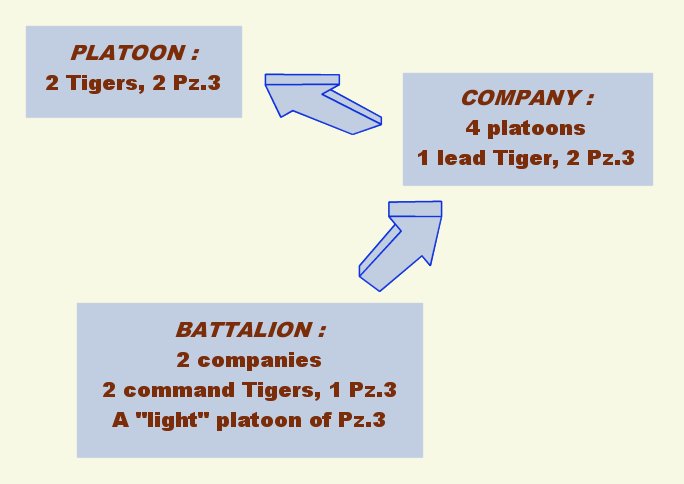 The first few Tiger battalions to be created did follow this guideline, but single companies of Tigers were also issued to certain existing divisions.

In March 1943 a new structure was defined for Tiger battalions : 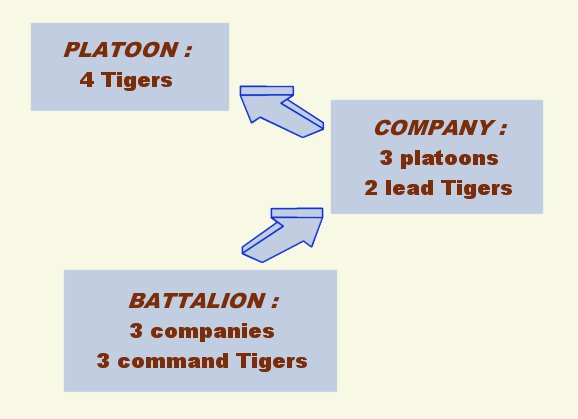 The existing battalions (and companies) were soon issued more Tigers to comply with this new plan, and gave up their Pz.3. Obviously their Tigers needed renumbering when this change was made. But the usual reasons for renumbering a unit's Tigers were the loss of a significant number of tanks, the arrival of new ones, and (for the standalone Tiger companies) a reorganisation of their containing division. 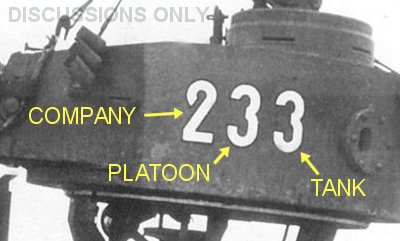 The standard way to identify a Tiger within its battalion was with a 3-digit number. The digits had the meanings shown in this photo; first the company number, then the platoon, then the tank. When there were Pz.3 in the platoons they used the same scheme, and were assigned either the odd numbers or the higher two numbers.

The identity of the Tiger's battalion was considered sensitive intelligence and was not painted explicitly on the tank. It was indicated by a logo, or not at all. 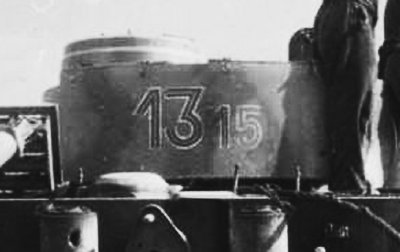 Standalone Tiger companies were placed in divisions that already had several tank companies, resulting in Tiger numbers that began with "4", "7", "8", "9" or "13". Only LSSAH Tigers ever had 4-digit numbers. This one illustrates a style where the company number is painted the largest. 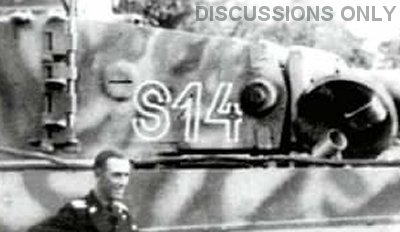 Three of the standalone Tiger companies were designated "Schwer" (heavy) companies at various times, so their Tigers then had numbers preceded by "S". 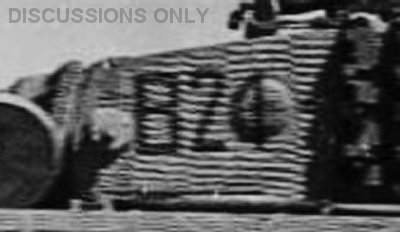 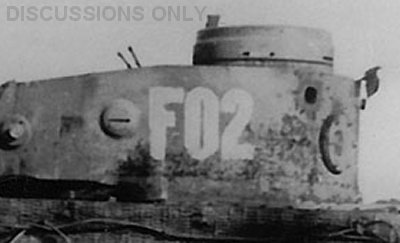 Other examples of "letter" identifiers are the full-sized Tiger battalion of division "Grossdeutschland", which called its companies "A", "B" and "C"; and the tiny Kampfgruppe Schultz whose six Tigers had numbers prefixed with "F". 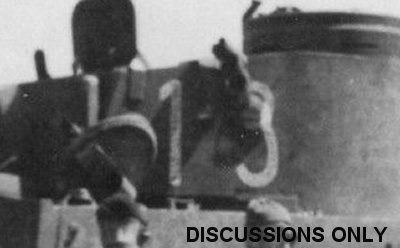 Sometimes two-digit numbers were used. The 502 battalion was short of Tigers in early 1943 and so organised them as a single company.

Division "Grossdeutschland" had Tigers in their 13th company. They didn't paint the company number. 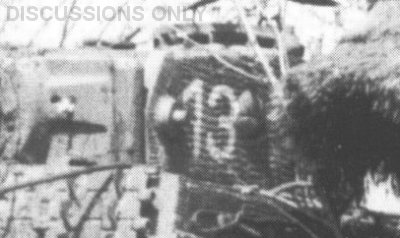 s.Pz.Abt.506 was a full battalion, with each company's Tigers numbered from 1 to 14, i.e. it had no platoons. The colour of the digits denoted the company. 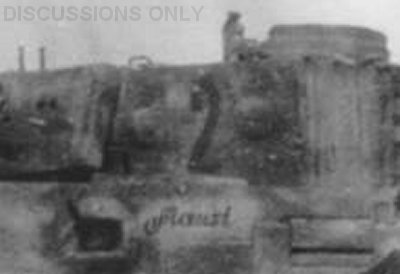 Sometimes a unit had so few Tigers that it would use single-digit numbers. For example, "Grossdeutschland" numbered its Tigers from 1 to 9 at one time. Company "Meyer" (shown here) had only 8 Tigers. 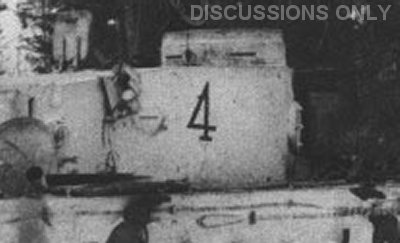 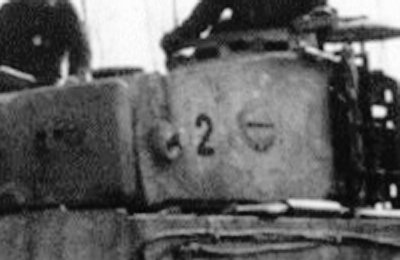 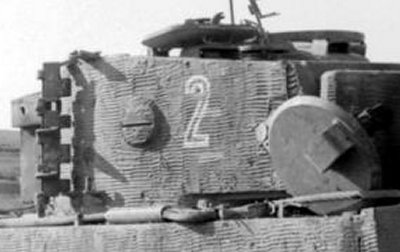 But single-digit numbers could also refer to the company itself, as in these examples from the second companies of s.Pz.Abt.502 and 508. In such cases the Tigers don't have individual identifiers.

The numbering of company command and battalion command Tigers is a distinct subject.