Tigers with a HL210 engine had a gearbox on the inside rear wall, linking the engine to the fans via 3 drive shafts. A lack of good information has led to this same item being represented differently in model kits. 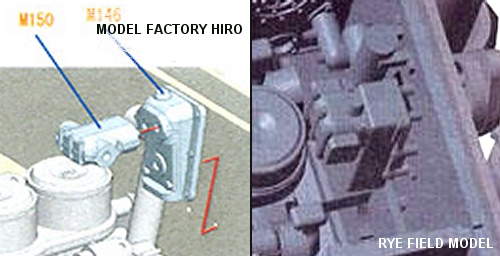 The "Early Tiger" kit from Model Factory Hiro and the Rye Field kits are the only ones providing the gearbox. These are the first versions created by both companies, as seen in the instruction sheets. Note that the rear wall slants outwards. MFH's gearbox is vertical, with a slanting rear face that mates to the wall. RFM put their gearbox parallel to the wall, supported on posts. 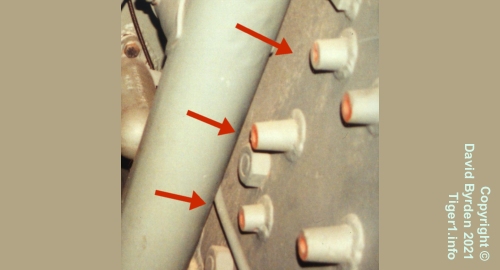 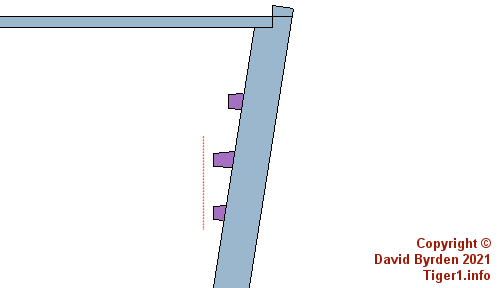 This sectional drawing is based on my measuring the posts. The lower ones are intended to mate with a vertical surface : compare to the vertical red line. All posts are horizontal.

After including their first version of the gearbox in two kits, Rye Field modelled it a second time. This version was a great improvement, adding bolt heads, drive shafts and the oil filling tube. It was included in the kit "Tiger 1 Initial Production" and in the "Engine pipeline parts" upgrade set. 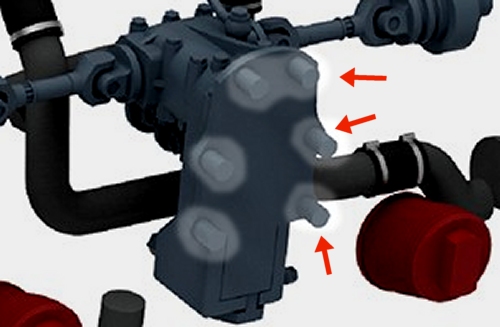 Unfortunately they made it parallel to the rear wall again. This is a CAD image of Rye Field's supporting posts, all the same length.