The 501st heavy tank battalion moved to Manouba on 18 December 1942, and were based there for about a month. During this time the Tigers were used only to intimidate the remainders of Tunisia's French garrison; the rainy season had begun, and no major military operations were possible.

Manouba was a barracks and a village located in the vineyard belt around Tunis, a few kilometers from the outskirts of the city. The barracks, built in 1798 under Hammūda ibn Ali, provided both accomodation for the troops and garage space for their vehicles. The Pāsha's luxurious villa was adjacent. 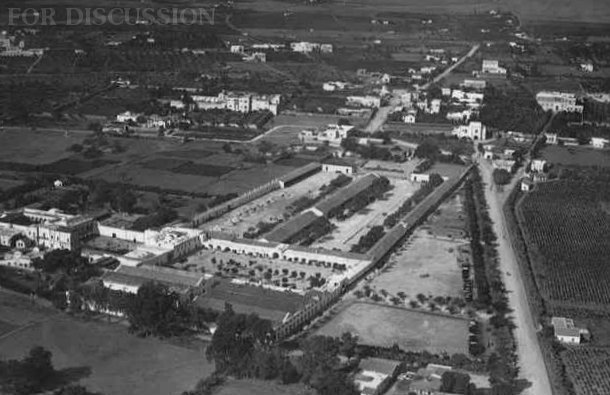 This aerial photo shows the barracks complex. The villa, used by the French as officer's quarters, is at the left. The accomodation blocks are in the center. Manouba village lies beyond the complex at the upper right. There is an olive grove at the top left of the photo, and a vineyard at the right side. 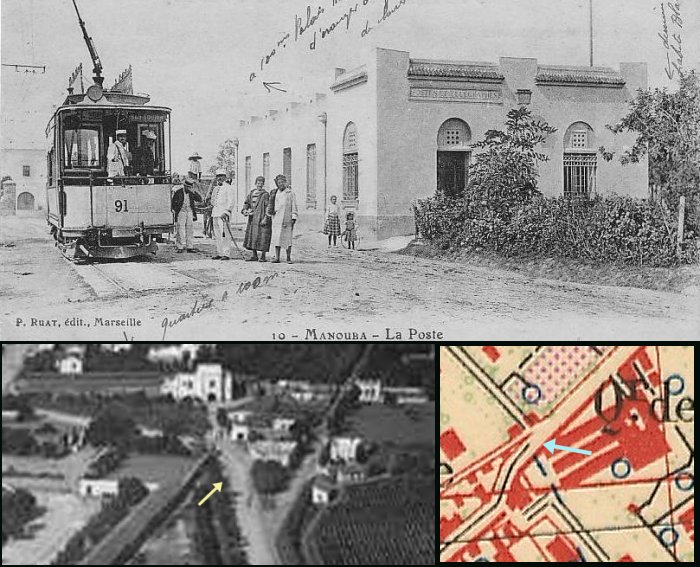 This postcard dates from before the war, but it shows Manouba's post office as the 501 battalion must have seen it, located at one corner of their barracks. This was also the terminus of the No. 4 electric tram line that ran to Tunis. The photographer's location is marked.

This is another postcard, showing the Café Français on the main street of Manouba.