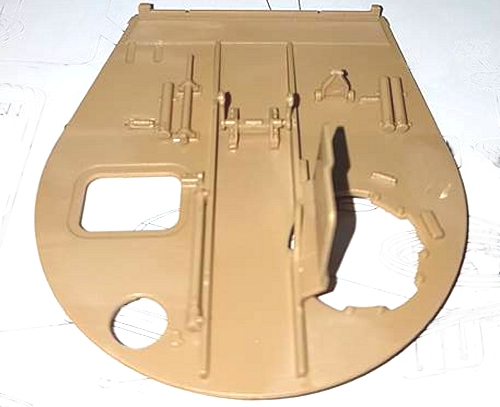 This kit provides detail on the underside of the turret roof. But it lacks the electrical wiring that was attached there. 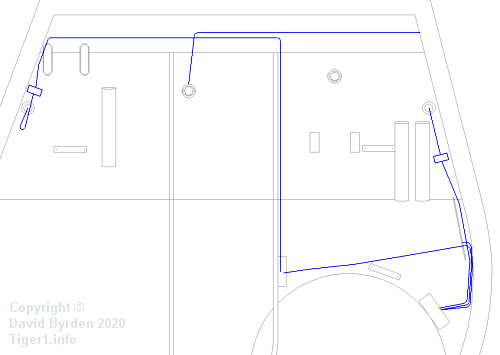 There were two independent circuits on the turret roof in this version of Tiger. This example is one of them. You can improve the kit by adding these leads and linking them to the appropriate electrical components.

Note that some of the components themselves are missing. The diagram shows two small electrical sockets at the front of the roof, which are not on Rye Field's roof part.

A Befehlstiger, such as "S04" associated with Wittmann, had a radio set attached to its roof. That displaced the loader's lamp to behind the hatch. The power lead for that lamp ran directly up from the junction box. Apart from that change, roof wiring in these tanks was the same as in a normal Tiger.