The Tiger had four ammunition racks above its tracks. Rye Field provide them in this interior kit, giving you a full load of ammunition and the protective doors. 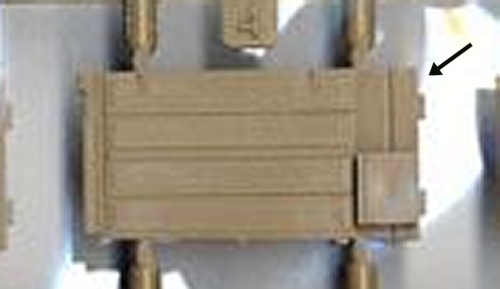 This is one of the ammunition rack doors. It's part H4, the rear right-hand door. Due to the Tiger's shape, none of the four doors are interchangeable. The real ones had a folding section; Rye Field represent it with scribed lines. There was also a narrow fixed panel (arrowed here). On this particular door there was a toolbox, which is molded into this model part.

Rye Field don't give you all of the equipment that was on these doors. Here is part H2, the forward right-hand door. In most Tigers, there was an MG ammunition pouch hanging on its fixed panel (arrowed). "Initial" Tigers, on the other hand, had two mess tins here and three more tins on the other doors. Rye Field give you a bare panel.

There is an error on the rear left-hand door part that's not easy to correct. Rye Field made their part a mirror image of the right-hand door. It has its fixed panel at the rear, by the firewall, at (A) in this photo. But that is the wrong way around. The fixed panel should be at (B). 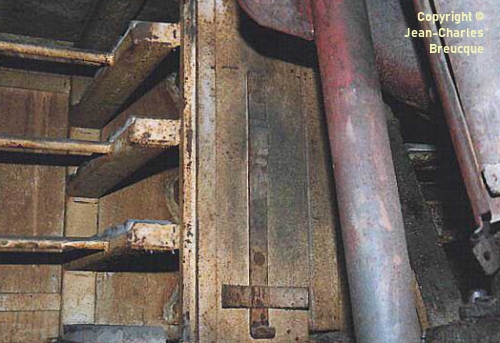 This is a real door in a Late Tiger. You can see that the fixed panel is at its forward end. In Late Tigers it apparently carried a fire extinguisher, which is also not provided by Rye Field. But in Initial Tigers, there would be one or two mess tins here.