The Tiger 1, as initially designed, used seven direct-vision blocks in its turret; five in the cupola, plus two in vision ports in the walls. Four spare blocks were stored in the turret, in two boxes. 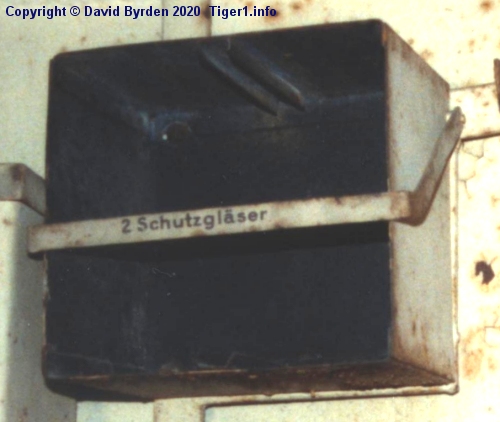 This is the standard storage box for spare vision blocks, used on the Tiger and other Panzers. This example is in Bovington's Tiger "131" and has its original paint. A decal on the locking bar reads "2 Schutzgläser". 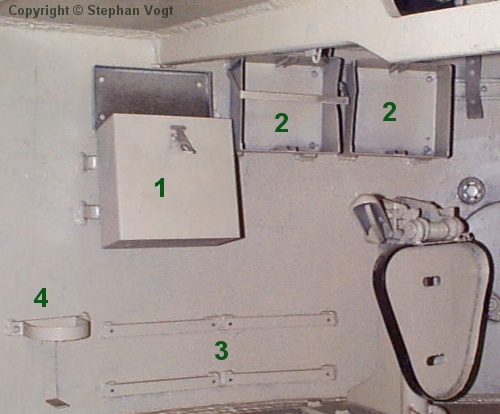 This is Tiger "712" of Fort Benning [2] . It has been painted over, and many items have been lost over the years. The boxes marked (2) are for vision blocks. They are behind the commander's chair. 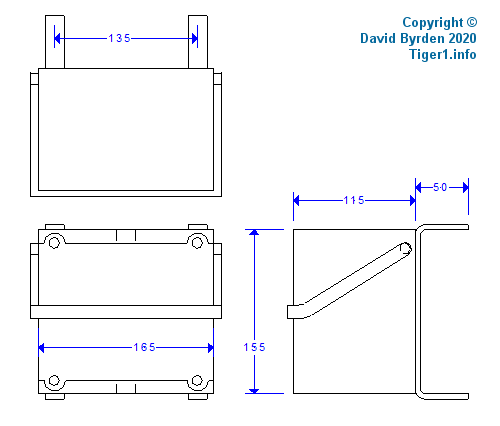 These are the dimensions of a box [1] . The diagram shows the box bolted to metal brackets. 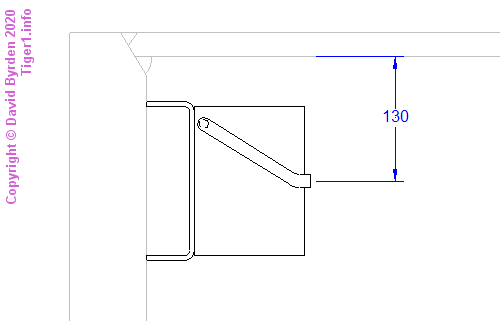 In the Tiger's original design, the brackets were welded to the wall of the turret, up near the roof [3] . Brackets like this were usually made shallow to save space; it's not normal for them to protrude 50mm. 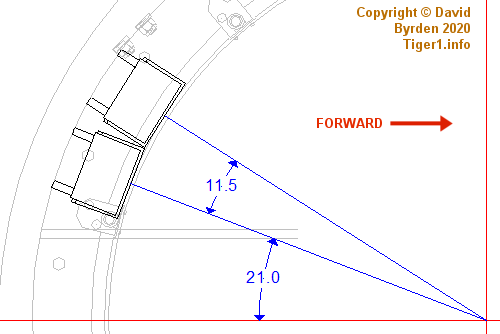 This view from above includes the turret wall and its bearing ring. It shows that the position of these boxes is constrained by a stiffener on the turret roof; refer back to the photo of "712".

The reason for the wide brackets can be seen in this diagram of the "unwrapped" turret wall. The Tiger originally had an electrical cable running along the top of the inside turret wall, and these boxes were mounted in front of it. 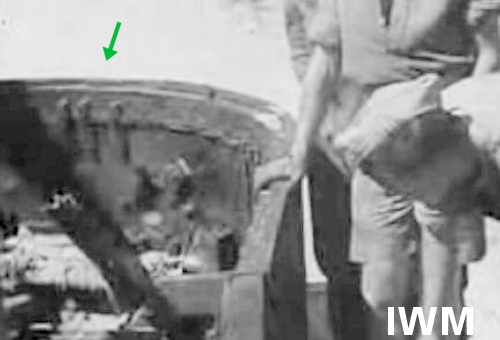 This still from a newsreel shows the wreckage of Tiger "121" of s.Pz.Abt.501 in Tunisia. Much of the turret equipment is blown away but we can see the 50mm brackets (arrowed) and how the cable runs through them.

The turret's electrical layout was changed very early on, while Tigers were still being issued to s.Pz.Abt. 501. The cable was moved down to the turret ring. Several items were shifted around on the walls but these boxes remained in the same place with the same wide brackets; Tiger "712" is an example of this.