The smoke candle launcher system was fitted to the Tiger from very early on, therefore it had two of these trigger boxes for smoke launchers. 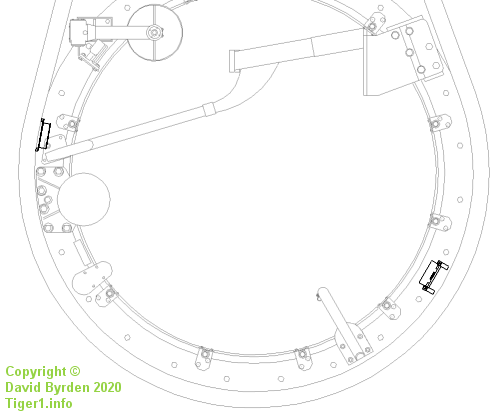 The system was installed in new Tigers from October 1942, and retrofitted to existing ones. This plan view shows where the boxes were placed in the turret at first. One of them was on the wall to the left of the gunner, the other on the turret ring by the loader. Those two crewmen were responsible for the smoke candles on their own side of the tank. Since the commander was the only crewman who could really see what was going on around the tank, he would have given the order to fire. 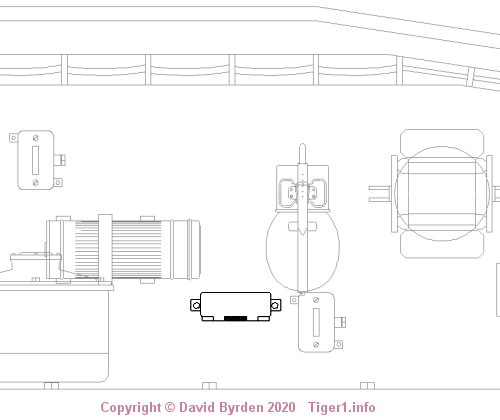 The gunner's box was bolted directly to mount blocks on the wall. Its lid opened downwards. It was beside his intercom box. 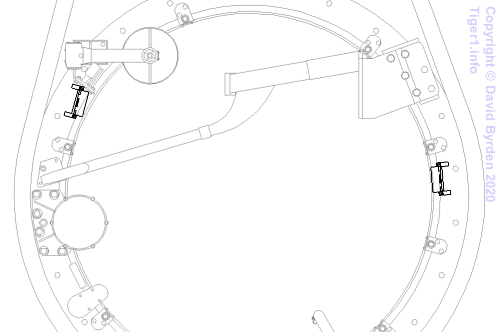 At about the 20th manufactured tank, the turret's wiring was reorganised and the boxes were moved. Now they were both on the turret ring, at these locations [3] . 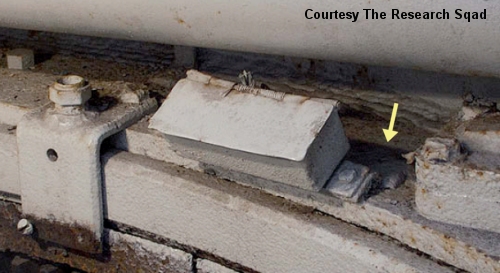 The loader's box was tucked in underneath the gun counterbalance spring. This example (arrowed) is in Tiger "712" which has been repainted overall. The brackets present the box at a 30 degree angle [5] . Here, the lid opens upwards. 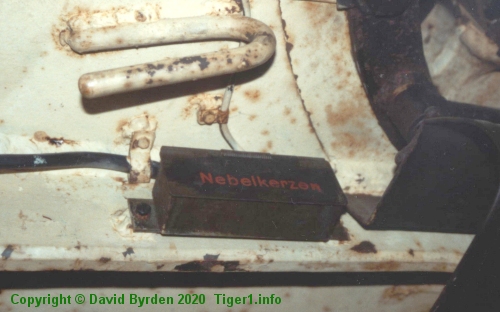 Another redesign of the turret layout was made at the 56th turret. This time, the boxes were moved to the turret roof for the use of the commander [1] . On his right, a box was attached to a supporting beam of the roof. Two cables connect to it; a thick black sleeve containing the individual leads to the smoke candles, and its power line. 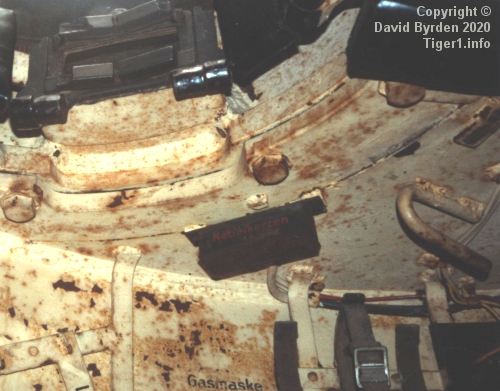 The other box was to his left, fixed to the roof. The power line daisy-chained the two boxes in the trigger circuit.

The smoke system was discontinued in June 1943. Meanwhile, design of the "new turret" (now called "Mid") was under way and many drawings had been completed. 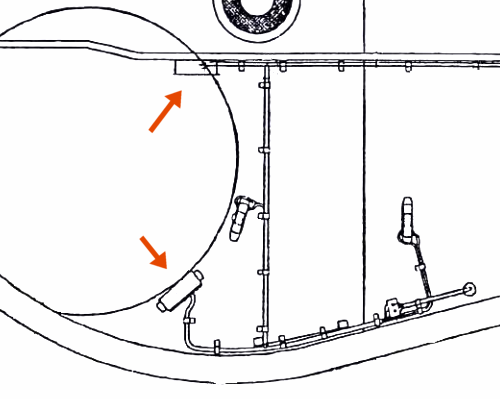 This diagram was extracted from the Tiger Turret Manual [2, see plate 61] . It was drawn up before the "New" turret was completely designed, and some features of the "Old" turret are still shown. The central ventilation fan is present, but so are the old roof beams. The trigger boxes (arrowed) are drawn in their most recent positions.

Despite the existence of this diagram, no "Mid" Tiger ever had the smoke launcher system installed.