The Tiger had the typical radio equipment for Panzers throughout most of the war: the Fu 5 radio set, comprising a transmitter and a receiver, with an option to carry the Fu 2 (a second receiver) if necessary.

The Tiger 1 therefore needed space for up to three power transformers. These bulky devices were removable and "base plates" for them were permanently fixed inside the Tiger. 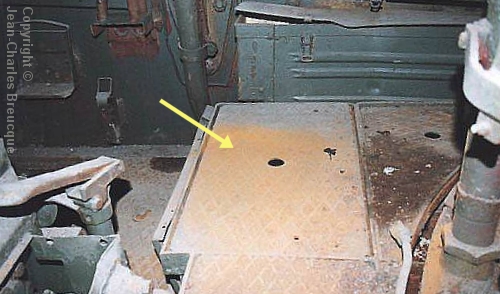 The locations of the transformers in the Tiger 1 do not appear to have changed at all throughout its production run. [2] [1] This photo shows a corner of the fighting-compartment floor in Saumur museum's "late" Tiger (the paint is not original). All of the floor panels are removable. The arrowed panel is directly behind the radio operator. 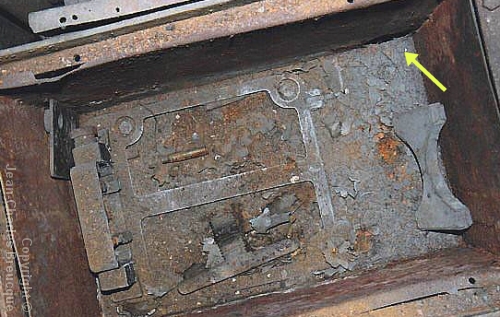 Under that panel, fixed to the floor skeleton, is an open sheet-metal box. Within it, accompanied by a lot of debris and unrelated parts of the tank, is a base plate for a U10a transformer, the transmitter's power supply. Its cables passed through the arrowed hole at the forward right-hand corner of the box. 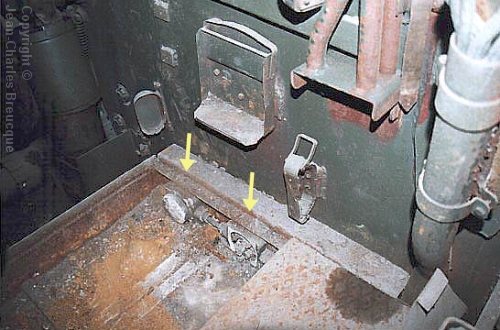 Forward of that area, the Tiger has a seat for the radio operator that comprises a cushion attached to a floor panel. Removing that panel reveals two more base plates, these ones being for the EUa transformers that the receivers need [3, see page 228] . A typical Tiger would have only a single transformer here, but apparently two base plates. The sockets (arrowed) of these base plates are adjacent to the side wall of the tank, so these transformers face the opposite way to the U10a. 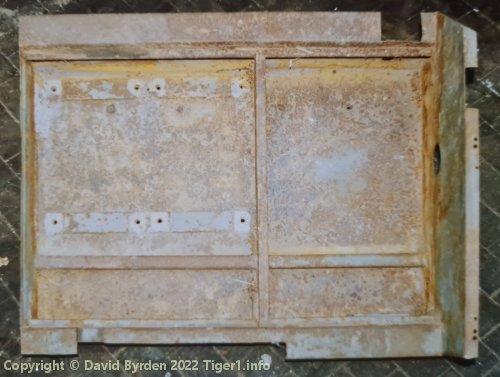 This is the same storage box, but this one belongs to Tiger "131". It was removed from the tank during the restoration process in the 1990s. You can see the holes in the left-hand section where the two base plates were attached.

In earlier Panzers, such as the Panzer III and IV, the transformers were exposed and visible within the fighting compartment. It is testament to the size of the Tiger that it could conceal its transformers under the floor.