The Feifel air filters were issued with all Early Tigers and some Mids, but depending on environmental conditions, some units chose not to use them. For example, the Tigers of s.Pz.Abt.503 that had special turret bins generally did not carry Feifel filters (except for Tiger 331). The Tigers of Gruppe Fehrmann did not use their Feifels. 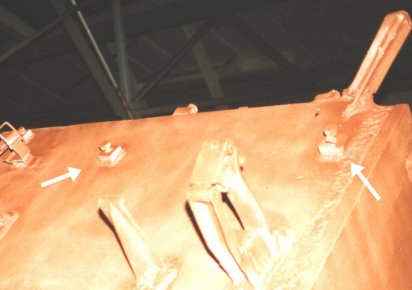 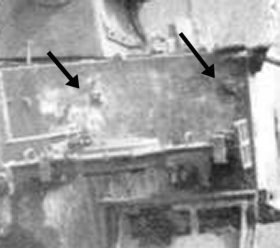 When the Feifel units are removed from a Tiger, they expose welded blocks on the rear wall. There are two blocks per Feifel. There is no crossbar or any other connection between the two blocks. Another two blocks are located on the top edge of the rear wall. 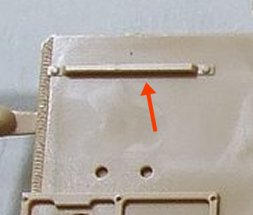 In some Rye Field Model kits, the rear has a crossbar molded on here. Also, instead of the thick blocks at the end of the bar, it has thin tabs with the bolts apparently entering the hull wall. You should remove all of this details and make blocks to replace it.