When the Tiger's turret was redesigned in 1943, the large, cumbersome pistol port at the left rear was replaced by a simpler design. 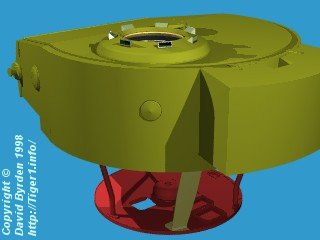 The new pistol port was a metal plug, held in place by a flat metal plate (diagram B) on a hinge (diagram C). You could rotate the plate out of the way, then simply push the plug outwards; a chain (not illustrated) would retain it and it could be pulled back in later. The end of the chain was fixed at an attachment point on the inside turret wall, below and to the left of the pistol port (diagram A, as seen from inside).

Several Panzers had similar pistol ports, but the Tiger I added an extra feature; it was waterproof. Although the underwater capability of the Tiger I was eliminated around the time of the turret redesign, the design of this waterproof pistol port was already completed, and given the state of German tank manufacture it is very likely that some or all of the ports actually fitted were fully waterproofed in accordance with this design. 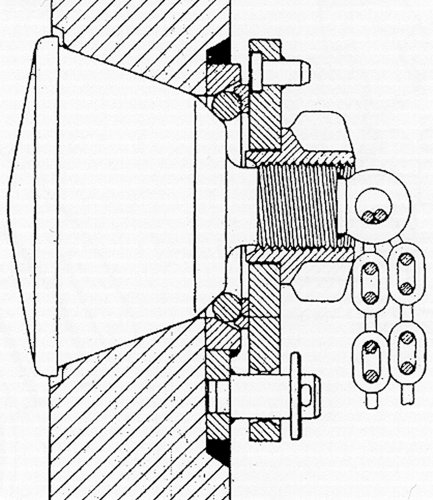 This German diagram shows a profile of the port and the sealing plate in place, with the locking screw tightened up. 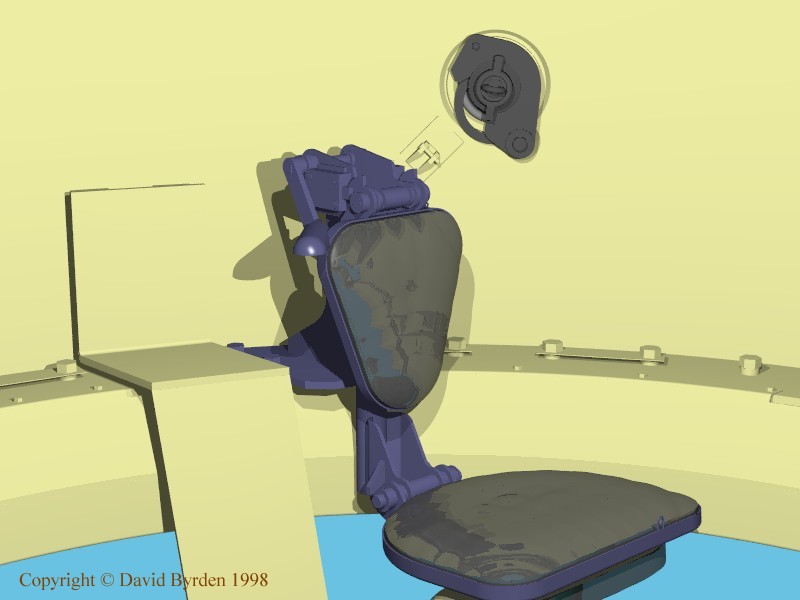 This CAD image represents the interior of a turret stripped of most of its equipment. At the left is an incomplete model of the gun balance mechanism. In the center is the commander's seat. Behind the seat is the pistol port. The actual colours of the pistol port are unknown, but the plug and the locking plate were probably painted black. The rubber ring here is dangling loosely from the plug; in practice it might never have been taken from the hangar at lower left. The chain is not represented.

These diagrams show the location of the new port in the turret wall.

Later, this port was deleted. The spare track holders were moved backwards slightly around the same time; these events may be connected.