There were two storage bins beneath the fighting compartment floor in the Tiger. They were placed on either side of the central turret axis, right and left. They were accessible only by raising the hatch in the turret floor; therefore the bin on the right side was usually easier to reach. The turret had to face backwards to give access to the left-side bin.

The left-side bin was used for general storage of little-used items, for example the explosive charges that were provided (from July 1943) to demolish a tank that could not be recovered. (This implied that the crew had to rotate the turret before destroying their Tiger.) 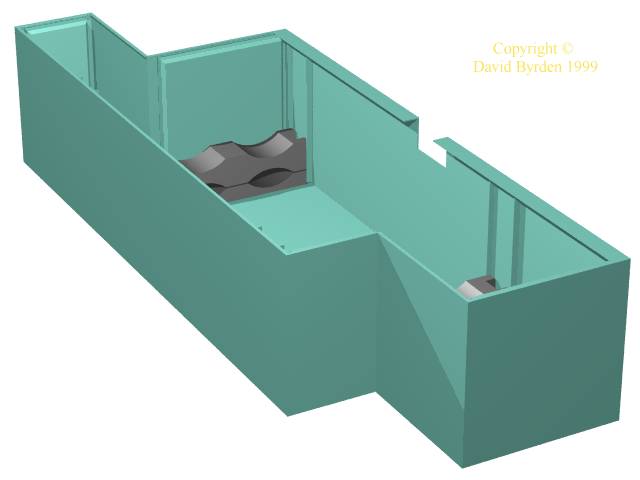 The right-side bin stored six projectiles. It was equipped with wooden racks and belts to hold them in place, and it had wooden panels on its front and rear inner surfaces to cushion them. This model of the right-side bin shows the wooden racks; the belts, 25mm wide, were attached to the rack frames but are not shown here.