The Tiger E carried a box of tools for the main gun (the KwK 36). 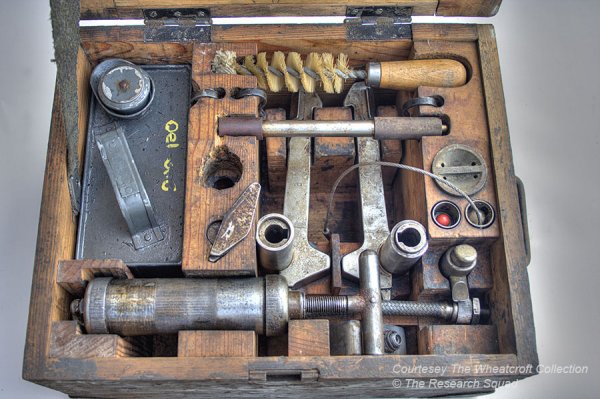 The box contained a variety of tools and supplies. Photos of the Tiger armourer's box and its contents are provided by The Research Squad. 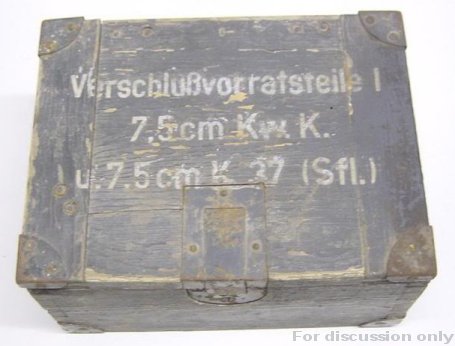 The box must have been labelled similar to this box from another Panzer. The Tiger's box was 20cm by 25cm by 14cm. It was kept on the turret floor beneath the main gun. 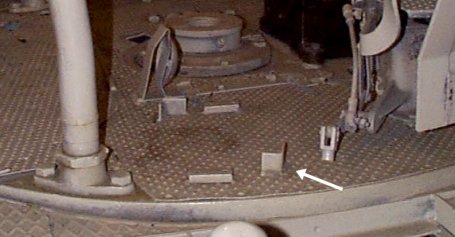 In Tiger # 250031, the box was stored at the front of the turret floor. This arrangement probably dates from the beginning of Tiger production. Two angle brackets held opposite corners of the box, and a 25mm wide strap was bolted down over it. 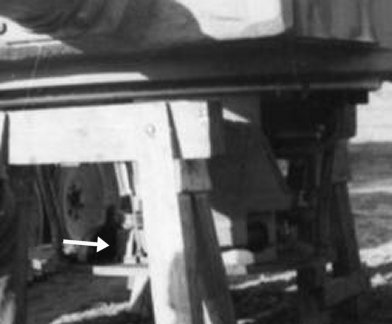 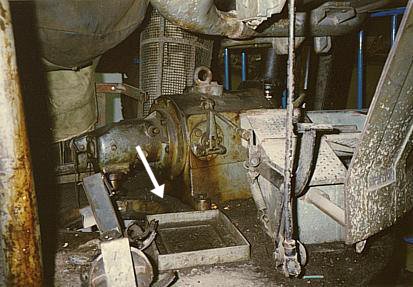 It was very probably at the 56th turret, when the internal storage was redesigned, that the box holder was changed. An open frame was now fixed to the turret floor, 20cm by 25cm, instead of the brackets. It apparently had no strap or other means to hold the box down. Also, the the box and the adjacent fire extinguisher were moved slightly. 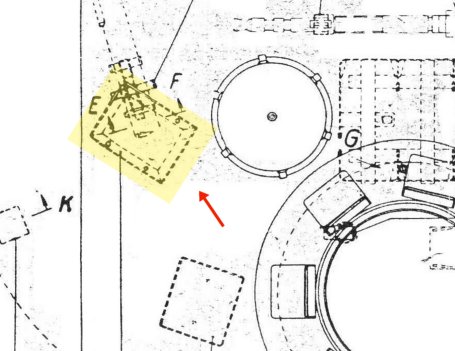 The advent of "Mid" turrets brought many changes to the equipment storage but this box was unaffected. The Turret Manual shows the frame in the same place on a "Mid" turret floor, and that's where we find it in the Kubinka museum Tiger. 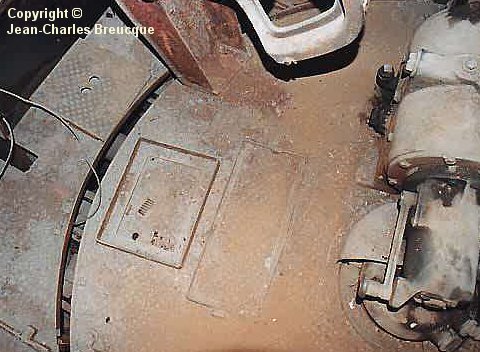 Turret stowage was changed again in late 1943, within the "Mid" Tiger period. The frame was moved to the rear of the turret floor, and apparently stayed there for the remainder of Tiger production. This photo shows the Late Tiger of Saumur museum.