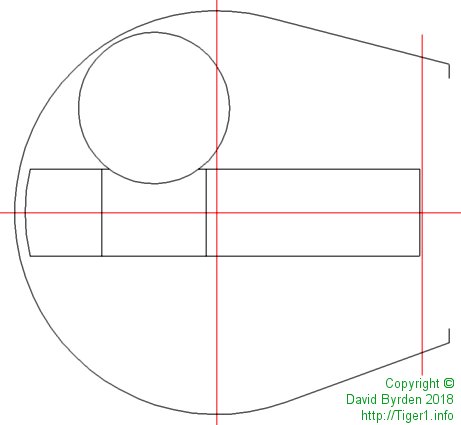 The kit provides a turret with a segmented roof. This kind of roof was used on the first few VK4501 tanks, and we can guess that it would have been used also on the VK3001. This sketch shows a plan view of the roof; the central strip is higher than the sides.

In reality, this type of roof was rejected after 8 examples were built. A higher, one-piece roof replaced it, and was eventually used on the Tiger (H). So, the kit is accurate for only the first batch of VK3001 (if they had ever been completed).

But there is a problem with this kit's roof. Although we have no German diagrams, we do have some excellent photographs. They make it very clear that the cupola on these eight turrets was not placed in the same location as a Tiger (H) cupola. Unfortunately, that's where Hobby Boss have put it. 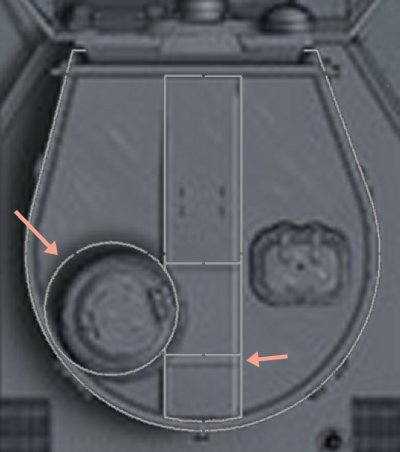 This diagram compares the kit (grey) to the real turret's outline (white lines). While Hobby Boss have captured the turret's unusual shape quite well, they have unfortunately put the cupola in the wrong place.