The Command version of the Tiger 1 ( "Befehlstiger" ) had the "Bordsprechanlage B" intercom [2] . Every crewman had a headset and a socket box. 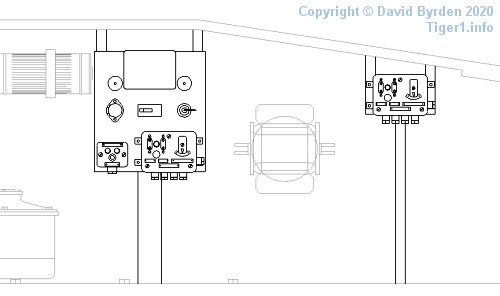 A circuit board was added to the Tiger's turret very early on, and its designers may already have been planning the Command version of the tank, because that board could carry either the standard intercom boxes or the commander's boxes of the "Bordsprechanlage B". This sketch represents the inner left side of a Command Tiger's turret. 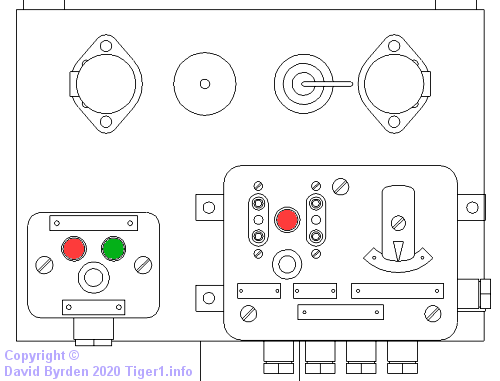 The "Kasten 5" and "Kasten 1" are on the large circuit board. 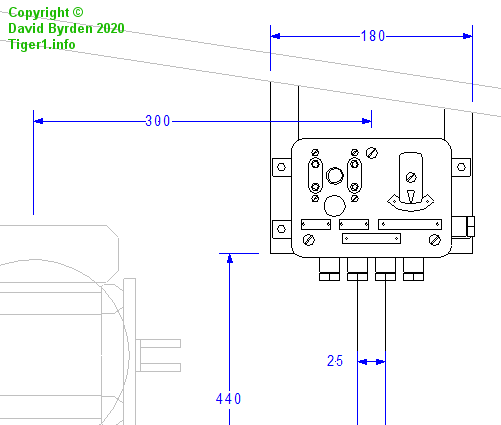 A metal frame was placed ahead of the gunner for his "Kasten 2". This area of the wall was bare in standard Tigers of that version. 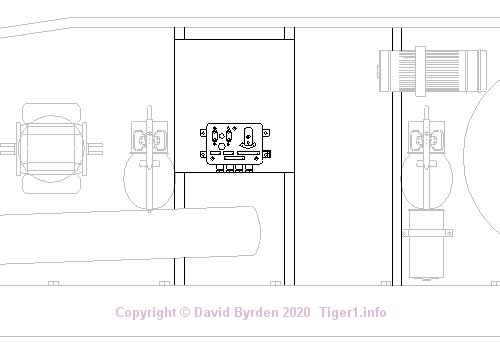 Another Command-specific circuit board was on the inside right-hand wall of the turret. 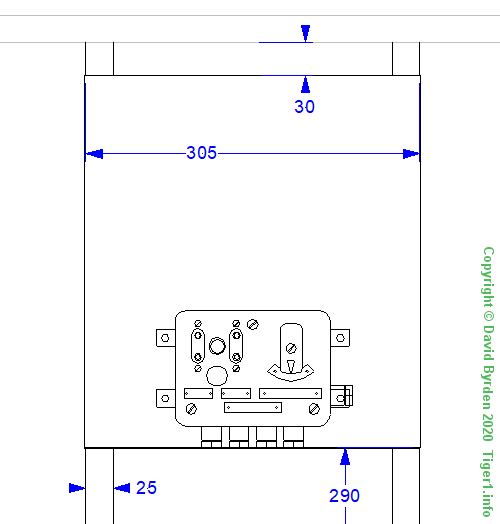 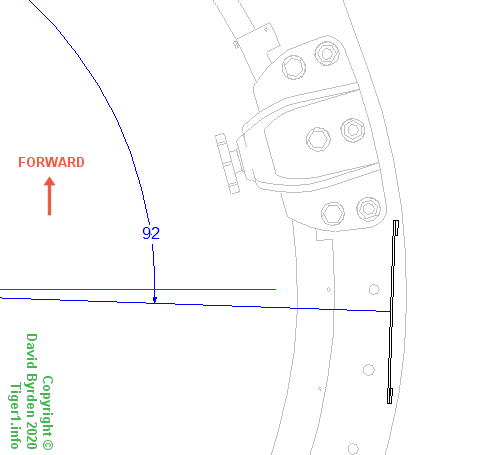 When the "Mid" turret was designed in Summer 1943, the loader's circuit board was unchanged. It didn't need to be moved from its position despite the addition of a traverse lock (drawn here) to the turret ring [3] . 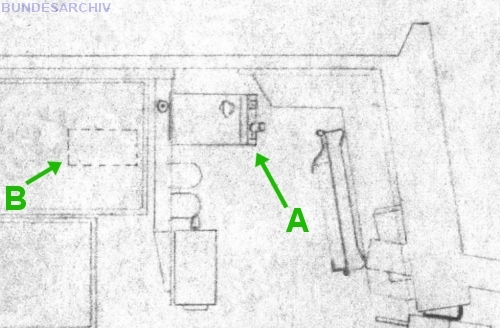 In the hull of a Command Tiger, there were two intercom boxes, illustrated in this extract from a German diagram. This is a section through the front upper hull, looking to the left from the radio operator's area. His intercom box "Kasten 3" is attached at [A] to the front of the radio rack, and is angled at 30 degrees to the forward direction. Meanwhile the driver has a small box ("Kasten 6") mounted on the far side of the radio rack at [B].

Although we don't have full documentation about the later changes in Tiger interior layout, it's very possible that these boxes remained in the same places for all Command Tigers.

[3] Survey of Tiger at Kubinka museum by Alexander Diw