The first surviving description of the Tiger's ammunition storage is in a British Army report. But it contains an error. 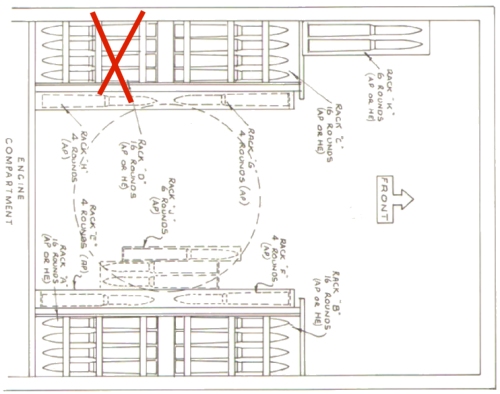 All of the ammunition rounds in the tank's sponsons were facing forward, except for those in the rear right-hand bin. So this British diagram of ammunition storage doesn't match the tank. It shows the rear left-hand bin (marked X) with its rounds pointing backwards, which is wrong. 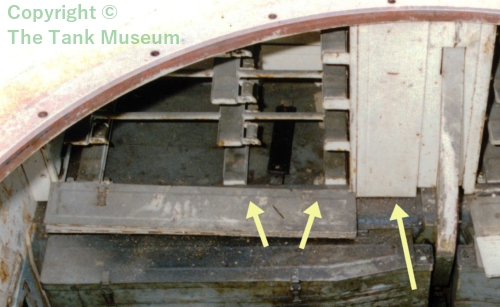 All of the surviving Tigers and all available wartime photos agree that the rear left-hand bin had its rounds pointing forwards. This is an extract from a photo of Tiger "131", at the beginning of its 1990s restoration, and we can see that ammunition bin. It is empty, but the solid panel (arrowed) and the two supports that are close together, always take the forward end of the rounds. 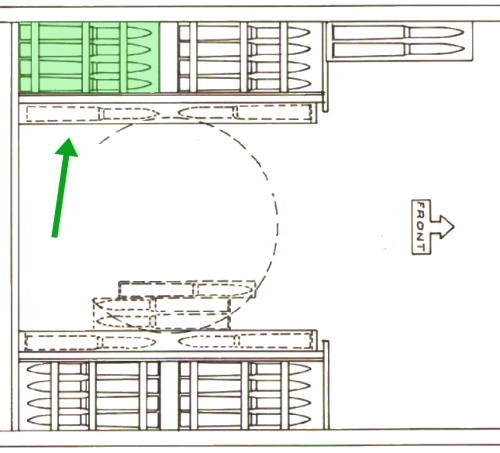 This is the correct alignment of the bin (marked in green).