The earliest photos of this Tiger show it with an overall whitewash finish. The underlying colour was Dunkelgrau, and this was visible on the forward half of the hull MG ball. The road wheels are darker in the photo, but this is probably due to mud. 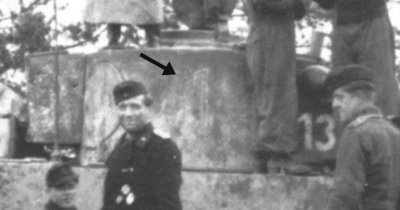 Much later, when the whitewash was worn off and the tank was numbered "134", it was possible to see a large "1" on the turret. This must have been its original number, that it bore when it was still in Dunkelgrau.

The second number borne by this Tiger was "01", and it carried this number in the Spring of 1943. The photos from this time suggest that the tank was camouflaged by being smeared with mud on top of the remains of its whitewash. Worn areas are showing the underlying grey paint. These large turret numbers were crudely applied with chalk. 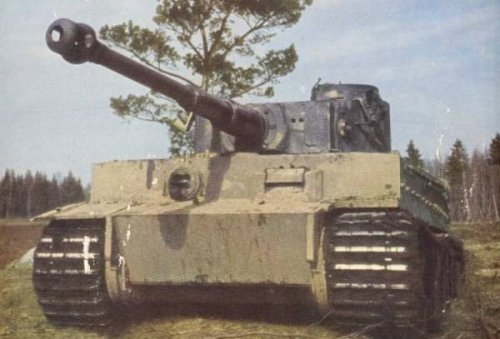 This photo of Tiger "14" shows the general appearance of the mud camouflage.