This kit was designed to build Tiger "131" as it was on 21 April 1943, the day of its capture. The kit is not intended to build this Tiger as it exists today.

Tiger "131" was restored to working order, but it was not restored precisely to its original appearance. There are several differences between the model kit and the tank in its current state. In all cases, photographs from 1943 were used to justify these differences. 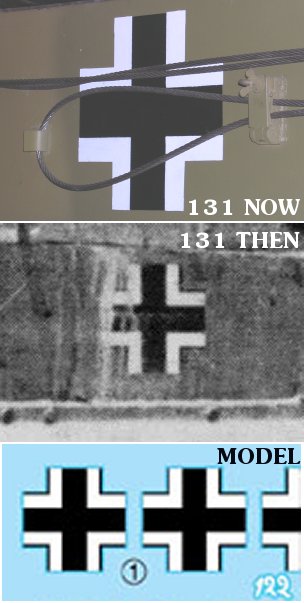 The crosses painted on "131" today have no black outlines, but photographs from 1943 show them. The decals in the kit were therefore given black outlines. 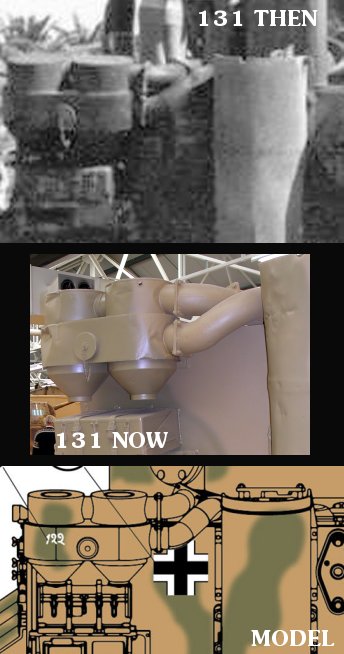 There is no cross on the rear of Tiger 131 at the time of writing, but there was a cross there in 1943. The kit provides this cross. 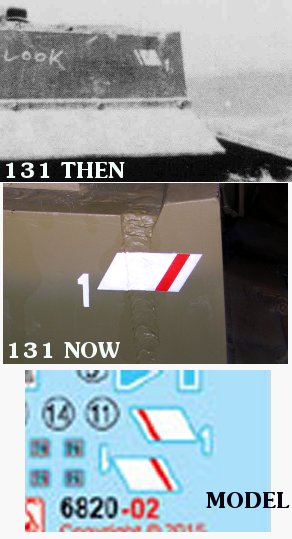 There are tactical symbols on the forward hull sides, representing "1st panzer company". One of them was reversed during the restoration. The decals supplied in the kit match the 1943 photographs exactly.

Tiger 131 has four air tubes on its rear deck, part of the "Feifel" system. Two of them are not original parts, as the 1943 photograph proves. The kit supplies a representation of standard Feifel tubes. 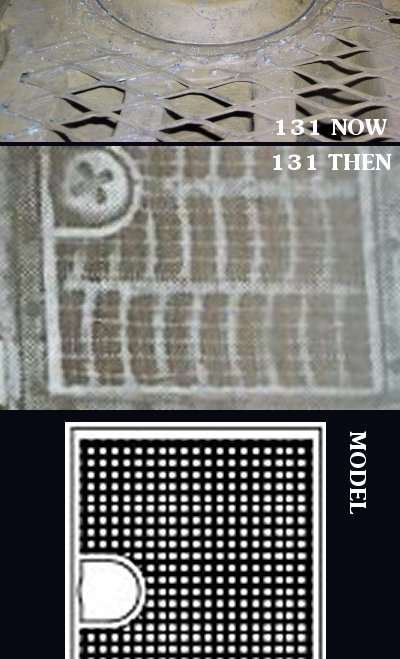 There was a metal mesh on the air intakes and outlets of Tiger 131, and indeed, all Tigers that saw service. In the museum today, the Tiger has a diamond-pattern mesh, welded into place. But photographs show that the tank originally had the same mesh parts as all other Tigers; removable sheets with a square pattern. 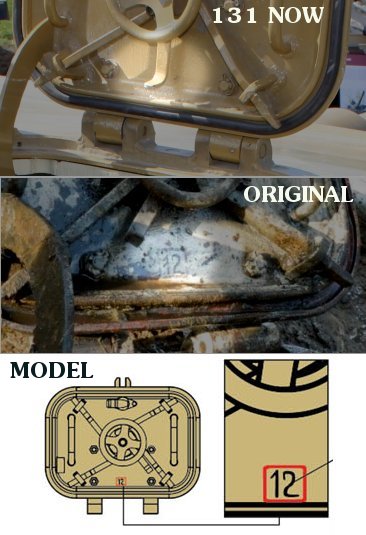 Tiger 131 was capable of submersion, and there was a procedure for sealing the vehicle. The relevant parts of the turret were numbered to make the sequence clear. The loader's hatch bore the number 12 and the commander's hatch bore the number 13. These hatch numbers were overpainted on Tiger 131 after the war, but by reference to other Tiger relics, this kit provides them. 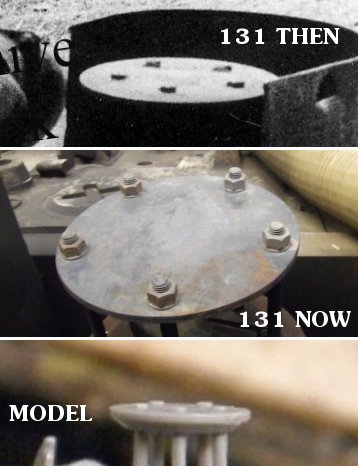 Most Tigers had protective shields over the exhaust openings, held in place by 5 legs. The shields on Tiger 131 today are modern parts, and don't exactly resemble the originals. 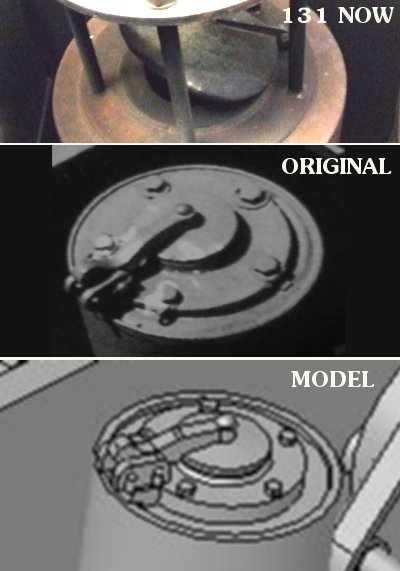 Its submersion ability required Tiger 131 to have flapper valves on the exhaust pipes. The tank currently has modern parts that don't closely resemble the originals. The model's parts were based on authentic components. 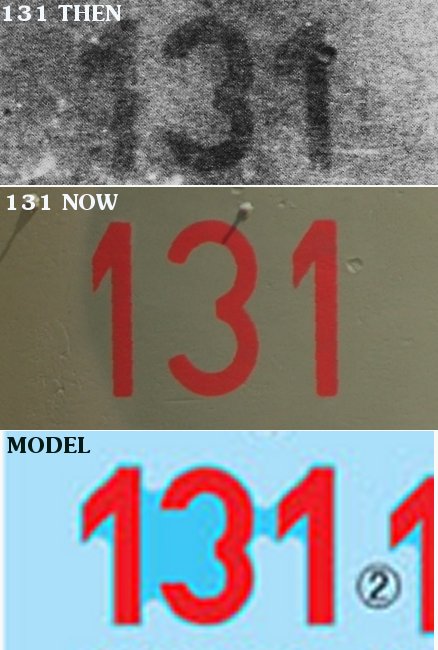 The tactical number "131" has been restored to the turret of this Tiger, but the font doesn't exactly resemble the original. The decals in the kit were based on 1943 photos. 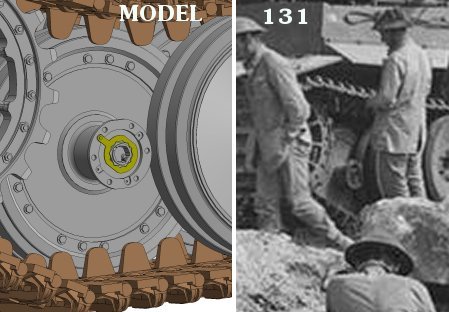 Tiger 131 was fitted out with spare parts from other Tigers before being sent from Africa to England. It now bears a complete set of road wheels. But, a photo of the Tiger as it was when captured, shows that the crew had removed the front outer wheels - a common practice among Tiger crews.

On Tiger 131 today, the spare tracks, the metal bar that holds them, and the step welded to the bar, are all reconstructions, not original parts. The step, in particular, does not closely resemble the original part. This model provides a step based purely on 1943 photos.