The "steel wheel" used in the later Tigers consisted of an outer shell containing two rubber tyres. It was held to the hub by three clamps, highlit in this diagram.

The original design of the clamp placed two bolts close to each end of the strips.

Later a new type was used, with the bolts more evenly spaced. We don't know when this change was made; the earliest examples that I can see in photos are from May 1944. A change to the roadwheel design was made in April, at chassis 1025 [1, see 3.4.1.24 ] ; it's possible that the new clamps were designed then. 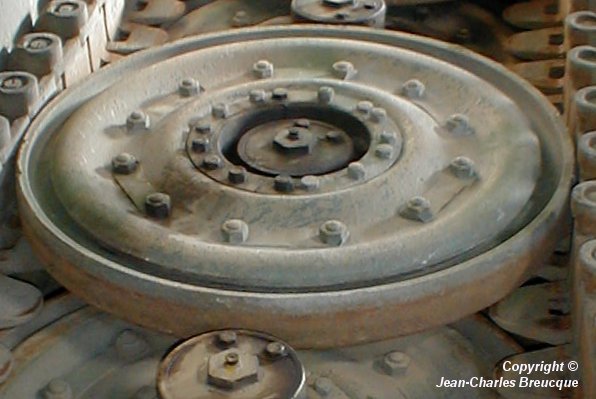 As we can see on this wheel on the Saumur tank (chassis 1113), the old type of clamp remained in use and was often mixed with the new type on the same wheel.